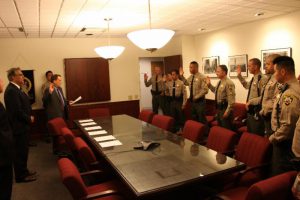 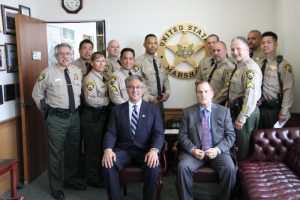 In addition to their regular assignments with the Sheriff’s Department, the nine Sheriff’s Deputies are part of the Pacific Southwest Regional Fugitive Task Force. In July, Sheriff’s Deputies along with other local, state and federal law enforcement took part in Operation No Boundaries. The operation, led by the U.S. Marshal’s Office, resulted in the arrest of over one hundred violent fugitives.