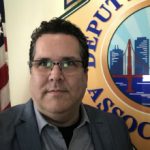 “Conducted Energy Devices are an important tool officers should have available in appropriate circumstances,” says SFDSA President Ken Lomba. “These devices are proven to reduce serious injuries to officers, suspects, and the public – allowing their use with proper training is an obvious choice for a 21st century law enforcement department,” he said.