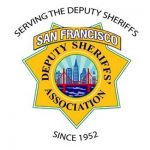 San Francisco Deputy Sheriffs’ Association supports Mayor Mark Farrell’s call for the state to rebuild the seismically unsafe Hall of Justice Criminal Courthouse. SFDSA says when the next big earthquake strikes San Francisco, the Hall of Justice is at great risk of being destroyed, potentially injuring or killing the deputies, judges and court staff working there and the inmates and litigants who enter the seismically unsound building daily.

Ken Lomba, SFDSA president, has sent a letter to Gov. Brown urging the rebuild of the HOJ Criminal Courthouse due to dilapidated conditions, health concerns, safety and security risks.

Ken Lomba, SFDSA President says the existing structure is also dangerously insecure, due to the lack of sworn security staff at some points of entry and lack of secure areas in courtrooms for inmates. These problems require immediate changes to staffing and a new facility for which the state must immediately make funds available.

Ken Lomba, SFDSA president, agrees with Mayor Farrell’s recent letter to Gov. Jerry Brown pointing out that Gov. Brown designated up to $5 billion towards rebuilding the state’s courthouses in 2008, under Senate Bill 1407. The San Francisco Deputy Sheriffs’ Association has sent a letter to Gov. Brown urging the rebuild of the HOJ Criminal Courthouse due to dilapidated conditions, health concerns, safety and security risks.

The new facility must include adequate, secure parking for court and Sheriff’s Department personnel. In the current outdated facility, the staff is forced to scrounge for street parking or search for spots in already overburdened lots. At the same time, San Francisco is facing a wave of unprecedented car break-ins, with KRON4 reporting more than 30,000 break-ins in 2017 and only 481 arrests for this conduct. Court and Sheriff’s Department personnel deserve reasonable access to secure parking while they work in service of public safety and the administration of justice. Staff must also be able to access the current and new facility through all points of access.