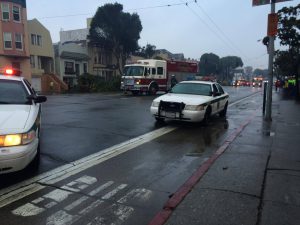 The pedestrian was trapped under the ficus tree when it fell in the area of 23rd Street and Potrero Avenue at about 7:30 a.m. The victim was extricated and taken to the hospital with a head injury.

The tree also brought down Municipal Railway lines and fell on cars in the area.San Francisco Sheriff’s Department Patrol Unit deputies quickly responded to the scene, assisted the injured party, called for an ambulance, isolated and evacuated the scene, and with the assistance of units from Civil, Emergency Service Unit, and Station Transfers Unit were able to rapidly establish a perimeter extending from 21st to 24th and Potrero Avenue. 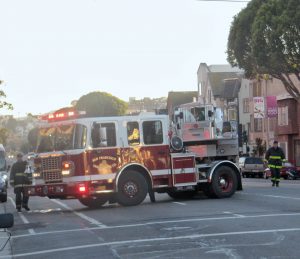