The San Francisco Sheriff’s Office has a history of conducting salary savings.  Salary savings is a scheme to reduce hiring and offer overtime to existing employees.  In small cases it may be okay since the department can offer overtime to volunteers but over the years the San Francisco Sheriff’s Office has taken it to an extreme ordering our deputy sheriff members mandated overtime involuntarily.

For the purposes of this article, “salary savings” will be defined as the practice of keeping open positions unfilled so as to reduce budgetary outlays. In the practice, current employees are asked and often mandated to work overtime hours to cover the gaps created by non-hiring. As numerous articles and internal documents will show, the San Francisco Sheriff’s Office has engaged in salary savings for at least the last decade. While this has resulted in higher wages due to overtime payments, it has more significantly resulted in force attrition and individual exhaustion. This practice is not sustainable.

The San Francisco Sheriff’s Office has at times requested and at times mandated that its deputies work excessive hours of overtime to cover staffing shortages. As the Controller’s Annual Overtime Report (FY 2017-18) states, “[t]he distribution of overtime in the Department is highly skewed.” It has rewarded some, those willing to work extravagant amounts of time, with salaries far exceeding their base and it has also hastened the retirement of those who value their days off and their health. Meanwhile, until very recently, the Department has not incurred new pensions or benefit costs and has not had to train new employees sufficient to fill its roster. As numerous documents have shown, by encouraging and demanding overtime and by failing to hire new deputies, the Department has engaged in salary savings for at least the last decade.

Fast forward to present time, the Sheriff’s Office has gone further with this practice and implemented more salary savings.  As of a January 2021, the Sheriff’s Office had approx. 203 vacant full time employee openings.  It most likely is even higher now.  The Sheriff Office now mandates more overtime and blocks volunteers, in most cases, from working overtime forcing more deputy sheriffs to work involuntarily and in most cases forced to work with last minute notice.  You can only imagine how disruptive this is to the deputy sheriffs’ lives and health. 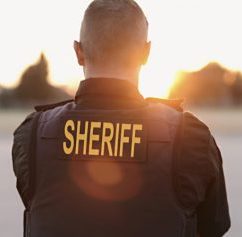 In February 2021, the San Francisco Sheriff’s Office prepared their budget request, within that request they only asked for funding for 44 deputy sheriff positions.  This number is extremely low with deputies retiring and leaving to other agencies as well as the existing approx. -203 full time employee vacancies.

In August 2020 the San Francisco Chronicle reported that 19 out of 20 of the City’s Top Biggest Overtime Earners were deputy sheriffs.  That brought a lot of attention to the Sheriff’s Office and could expose the salary savings scheme to the voters.  So what they did next should shock you!  Instead of hiring more deputies to reduce the overtime, they are now forcing more deputies to work overtime.  They are restricting volunteers and forcing more involuntarily.  Is this a San Francisco value?

While businesses continue to struggle and unemployment exceeds six percent the City gained a budget surplus of $125 Million this fiscal year 2020-2021.  So it makes you wonder why the Sheriff’s Office is so timid with it’s budget requests with such a staffing deficit.