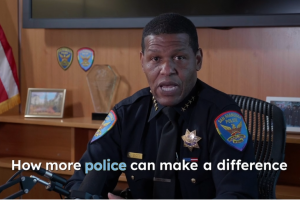 SF Deputy Sheriffs replacing SF Police Officers at the San Francisco International Airport (SFO) would save the City’s general fund by deploying over 200 police officers from San Francisco International Airport (SFO) to vacant police officer positions within the City. The initial savings would be 31 million dollars, as indicated in the Budget Legislative Analysis report.

Reallocating some or all of the SFPD resources currently devoted to this low crime area (SFO) to the higher crime areas of the City, like the Tenderloin has obvious benefits. Access to these additional officers for quality  investigation of the significant crimes within San Francisco, would protect residents and serve as a fiscal savings in the overall budget.  Foot patrols and a larger SFPD presence in areas that attract tourists would provide for a safer experience for the citizens and visitors in San Francisco.  In turn, the problems facing our tourist industry and revenues that flow from them will likely improve significantly.

We conducted a survey to see what the voters thought of this idea. 80% percent support the idea of SFSO replacing the SFPD at SFO.